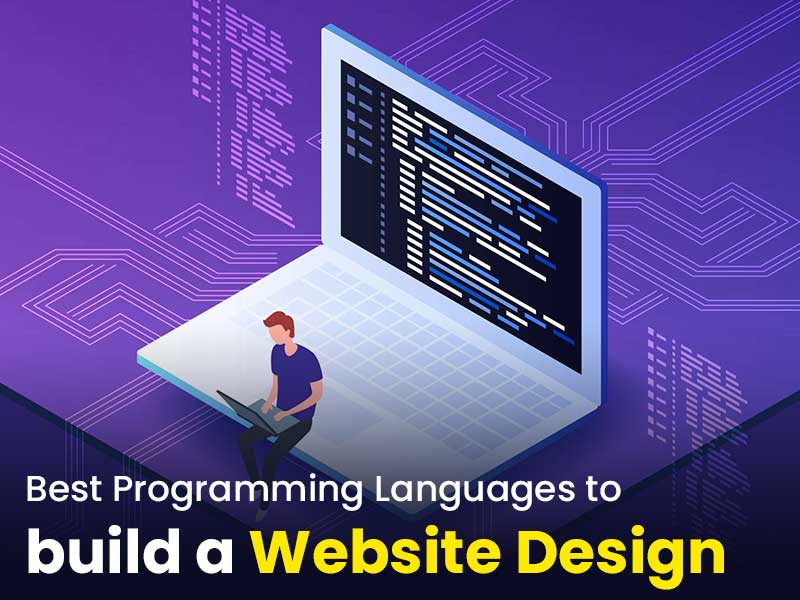 When it comes to choosing the ideal language for web development, there are several options. As a beginner, it can be difficult to decide which programming language to learn first. Online, you can choose from a variety of popular learning tools and access a wealth of information.

A few prominent web development languages will be reviewed in this post to help you save time and make an informed decision from the start. What they’re used for and if they’re easy to learn will be revealed.

It’s a PHP framework that’s easy to comprehend, robust, and open-source. In terms of design, it follows a model-view-controller pattern. Uses components from other frameworks to create web applications. So created, the web application is more logical and organised.

CodeIgniter as well as other languages like Ruby on Rails, are incorporated into Laravel’s rich collection of functionalities. There is a very comprehensive set of functionalities in Laravel, which will speed up the building of websites.

The Laravel framework will make your life easier if you are already comfortable with PHP Core and Advanced. Developing a website from scratch can be time-consuming. Websites that are designed with Laravel are secure and resistant to a variety of web threats.

Web and mobile applications can be built using React, a JavaScript toolkit that allows for quick and interactive user interfaces. There are several components to this library and it is only responsible for the application’s display layer. In MVC design, the view layer is responsible for how the app looks and feels (visual appearance).

JSX is a Javascript syntax extension that may be used alongside ReactJS to produce HTML or XML-like text code. This extra content can coexist with the ReactJS code and be appropriately processed by the React framework. When working with ReactJS, web developers are not required to utilise JSX, although many do because of the flexibility it provides.

There are a few drawbacks to ReactJS that we’d like to discuss quickly in order to provide you with a comprehensive view of ReactJS before you start working with it.

AngularJS is a highly effective JavaScript Framework. It is utilised in projects involving Single Page Applications (SPAs). It adds new properties to the HTML DOM and makes it more responsive to user activities. AngularJS is open source and entirely free, and it is utilised by thousands of developers worldwide. It is released under the Apache License 2.0.

For developers searching for solid solutions for Single Page Applications, Angular has brought about revolutionary improvements (SPAs). Angular is a Google product that was first published in 2010.

It is a JavaScript-based framework that allows you to build sophisticated online and mobile apps. One of the most often discussed advantages of Angular is that it converts HTML-based information into dynamic content.

Core PHP is a server-side scripting language for web development, whereas CakePHP is an open-source web framework developed in the PHP programming language. Unlike Core PHP, CakePHP makes code more reusable and maintainable.

Developers may work on different elements of the same application more easily with this framework. As a result, CakePHP is a good alternative to Core PHP for creating a sophisticated web project.

A Microsoft-developed open-source developer platform,.NET is used to construct many kinds of apps. Visual C++ or Visual Basic may be used to develop.NET applications.”

C# applications may be built and executed using.NET. Versions of.NET are available in a variety of flavours. There is no difference in their functions, although they are designed for various operating systems.

This is the initial version of.NET, which works solely on Windows. The New version of.NET that operates on Windows, Mac OS and Linux systems. In addition, Microsoft is continuously developing this version, so we’ll be utilising it throughout the entire journey, as it’s more versatile.

Python is a high-level, object-oriented, interpreted programming language with dynamic semantics, and it is designed to be interpreted. High-level data structures and dynamic typing make it ideal for Rapid Application Development (RAD) as well as scripting and glue languages.

This makes Python easier to understand, which decreases the cost of programme maintenance. Python’s syntax is straightforward, quick to learn, and prioritises readability.

A few prominent web development languages will be reviewed in this post to help you save time and make an informed decision from the start. What they’re used for and if they’re easy to learn will be revealed.